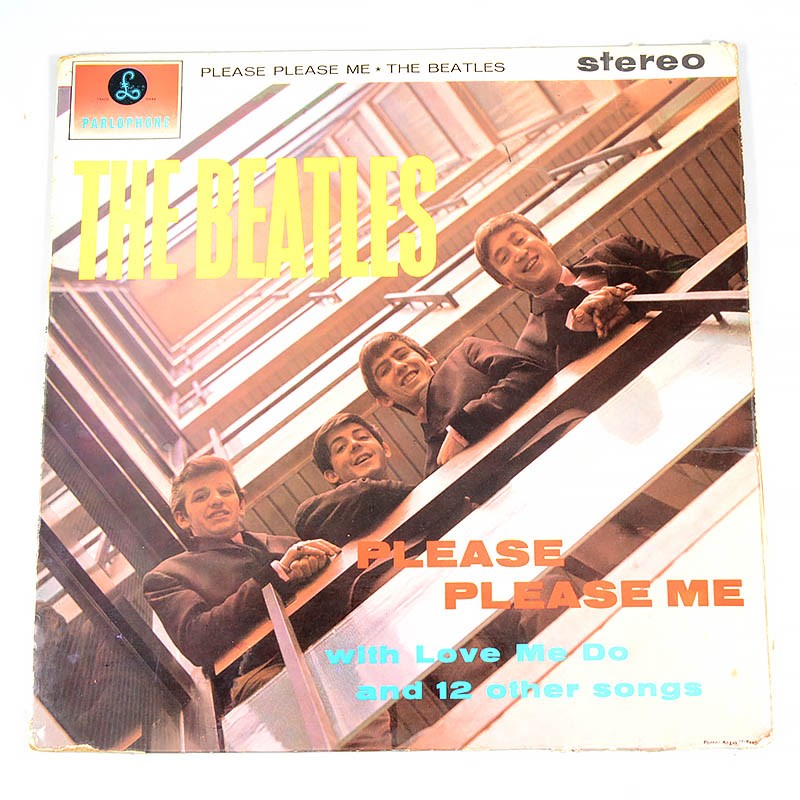 A rare first pressing of the Beatles’ first album Please Please Me has been discovered in a barn in Northamptonshire during one of our routine valuation visit.

Mark Gilding was visiting a community centre in Desborough to look over items which had been left in a storage barn for over ten years. Amongst the range of items was a box of vinyl records containing the rare first pressing which will now go on sale as part of our Toy, Memorabilia and Model Railway auction on Monday 24th June - lot 437.

“The vast majority of these records are later mono pressings, but there were a small number of stereo versions pressed in 1963, “ explains Mark. “These stereo versions are rare as they were not readily available in records shops at the time due to being a special order. The album I uncovered in the barn was a stereo version, and although not a specialist, I knew this was worth researching to confirm the value. In 2015 we had sold a stereo pressing for £2,000 of the same album.”

“Sadly the record isn’t in the best condition but it is being offered in our next specialist Toy, Memorabilia and Model Railway auction on Monday 24th June with an estimate of £400-600 - not bad for something that has been lying around in a barn for over a decade,” adds Mark. “We expect it to attract significant interest from collectors and Beatles enthusiasts.”

Proceeds of the lot will go to the Vine Community Trust who operate Marlow House community day centre where the record was found.

Amanda Green, Deputy Manager at Marlow House explains that the centre, which is reliant on donations, is partially funded by items sold at local coffee mornings as well as at auction. “Items are brought in to us following a spring clean or house clearance, sorted out to sell at our monthly coffee mornings or put aside to enter into auction, as now, with the much-appreciated help of Gildings, “ she comments.

Other lots of interest to The Beatles fan base include a good back catalogue of other vinyl releases, and an original advertising poster for the Revolver album. Consignments for the June auction are accepted until Wednesday 5th June. Do contact our specialist to discuss entries, or attend one of our "Memorabilia Mondays" drop-in valuation events on Monday 20th May or Monday 3rd June.