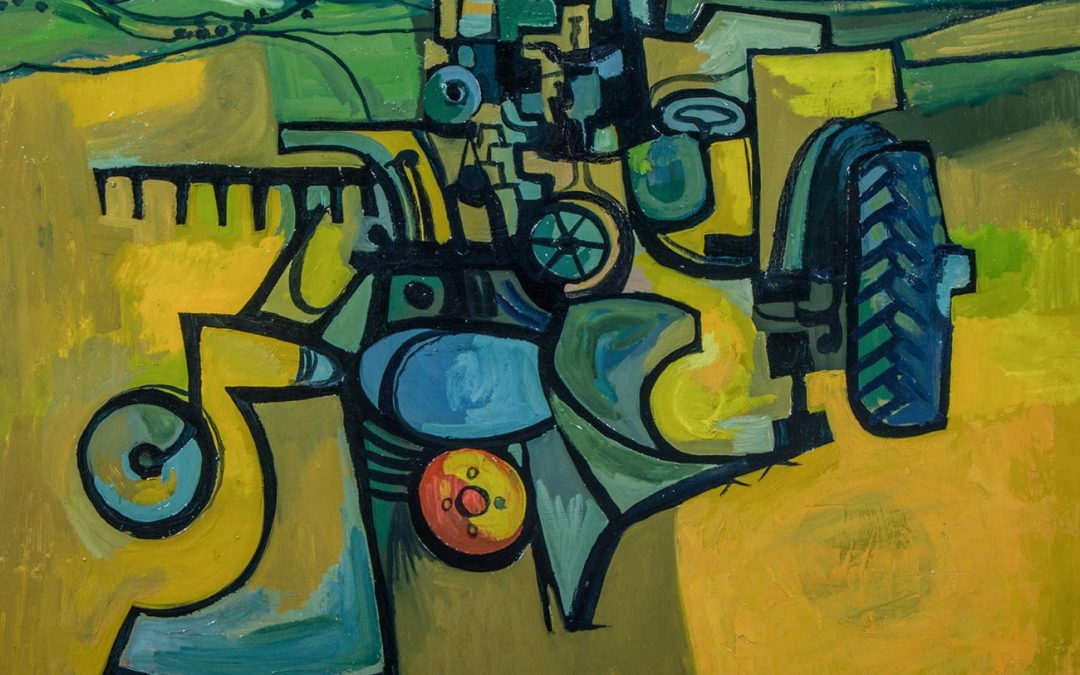 Rigby Graham is arguably Leicestershire’s most dynamic and diverse artists of the mid- to late- 20th century. As a boy, his family moved to Leicester in 1942, where Rigby attended Wyggeston Grammar School, followed by the Leicester College of Art, where later in his career he would become lecturer. In addition to his educational career, he was an artist, muralist, writer, illustrator, and printer, becoming a significant member of the Leicestershire private press movement, founding two of his own in the city. His undeniable talent as a draughtsman has become part of his unmistakable style, along with an often bold if not wild palette.

In our Fine Art and Antiques auction, Tuesday 5th September, we are delighted to be offering the first part of a collection of his works from a long-standing personal friend. The amount of work that has been amassed demonstrates Rigby’s skills as an artist across the mediums – with pen, brush, or even linocut tool. The collector began his friendship through assisting hanging the artist’s early exhibitions and shows. Consequently, it is some of these early works that feature prominently within the collection. Rarely do you see material from the 1950s and ’60s become available on the market. Another strength lies in the private press material, but in particularly the rare complete set of the Brewhouse Press Broadsheets.

Whilst part one of the collection is on view prior to the auction, we have kindly been lent a large study for a mural for exhibition. The mural here depicts the heavy duty road building machines whilst the M1 was being built through the county. Rigby, throughout his career, kept returning to machinery as a subject, often in the context of natural settings as a juxtaposition. At 8ft x 4ft, with the trademark bold Rigby Graham colour palette, it certainly demands attention. You are welcome to come and view this important work in our galleries, throughout the viewing period.

Most of these works have not been seen publicly for a generation, if at all, and enable established and new collectors the opportunity to acquire scarcely seen early works from one of Leicester’s most individual artists.