The many different qualities of glass make it a versatile and exciting medium to work with for artists. It can also be very challenging and unforgiving to achieve a flawless piece. Commercial decorative glass production throughout the late 19th and 20th century has led to a large number of collectable factories or designers, many employing their own signature trademark to their products. The many techniques to work the surface have been fully utilised, such as acid-etching and wheel-carving. Some have introduced multiple layers of glass, be it different colours or introducing opalescence or iridescence. And some have utilised a combination of such techniques and treatments to produce a stunning array of decorative glass ornaments, vessels, and lighting. Arising in the second half of the 20th century you see glass studios and individual glass artists coming to the forefront, employing new techniques and creating true works of art. A strong area of collecting in the North American, European, and Scandinavian markets, 20th century glass auctions in the UK have a far-reaching audience.

The city of Nancy in the region of Lorraine in France was the home of two true powerhouses of late 19th and early 20th-century glass – Émile Gallé, and Daum. Between these two producers, the French Art Nouveau style was epitomised in glass, and both went on to have an impact on the Art Deco and Modernist styles. Both factories predominantly produced work in cameo glass – where multiple layers of different colour glass are fused together, and then the surface worked to reveal the different colours to heighten the effect of the design. Commercially, and still today, the more layers the piece had the more expensive it would be. The technique of acid-etching, when practised expertly, could enable mass-production of vessels to a very high-level finish. Both factories employed it well. Daum then applied coloured enamels onto the surface for some of their designs – such as landscape views. Both studios also produced work that was hand-finished, such as the wheel-carving or fire-polishing techniques. These pieces would have been reserved for the highest price-band in the markets, and today are the more sought after by collectors. Aside from cameo glass, the use of pâte de verre glass was also used by Daum, as well as other contemporaries such as the designer Almeric Walter. Here they take crushed glass that is then fused together in the kiln, resulting in a glass of denser appearance and not translucent.

Both factories clearly signed their work and incorporated the regional symbol– the Cross of Lorraine - alongside their signature. These markings are sometimes cleverly intertwined in the designs of the cameo. But buyers beware! So desirable are the French originals, and potentially so expensive, they have for many years been targets for later copies. If you see a vase signed ‘Gallé Typ’, this is not a period vase, but a later 20th-century copy, produced in Bohemia. 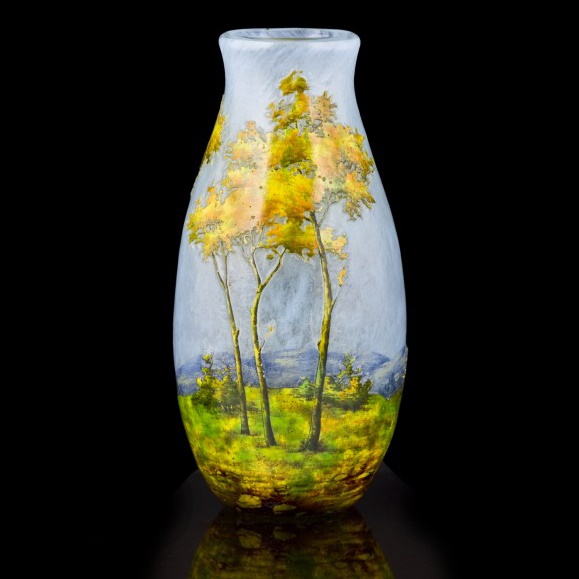 Arguably one of the most famous names to be connected with the world of glass is that of René Lalique. Originally a jewellery designer of high distinction, Lalique started producing glass designs in the early years of the 20th century. It was his connections from the jewellery and perfume industries that saw him first produce designs of perfume bottles for top-end perfume brands, such as Coty. Decorative ornaments for dressing tables such as powder boxes followed. Ultimately this led to a huge range of designs encompassing everything from vases to car mascots, tableware to the tables themselves. His career spanned the Art Nouveau and Art Deco movements, the latter being his most influential style. His profile was so high by 1925, his designs and glasswork adorned the grounds of the great 1925 Paris exhibition that gave Art Deco its name. As a glass producer, the Lalique factory concentrated on relatively mass-produced moulded designs. These were then finished either with treatment to the surface to introduce texture or depth, such as acid-etching, polishing, or colour staining. By and large, the glass itself was either clear, or had an opalescence introduced, although scarcer pieces may have been made with a colour, such as electric blue, radiant green, or soft butterscotch. Even though produced in large numbers, each piece carries with it the sense of being unique, and that allure sets it apart from being the luxurious brand it has become. There are unique examples of designs known as the cire perdue, or "lost wax", pieces. These really are the jewels in the crown of any Lalique collection and are extremely scarce.

Lalique glass remains very popular at auction and has been since the dedicated Lalique auctions of the 1980s. As a collector's item, Lalique glass falls between two periods - pre-1945 and post-1945 production. The 1945 date is significant for a number of reasons, one being it is the year René died and the running of the business passed to his son, Marc. Another is the change in the chemical composition of the glass itself. To signify the changes, the signatures vary, so it is quite easy to determine a pre-1945 and post-1945 piece. Pre-1945 items are signed 'R. Lalique'; post-1945 pieces are simply signed 'Lalique', with more recent pieces also bearing a registration symbol. 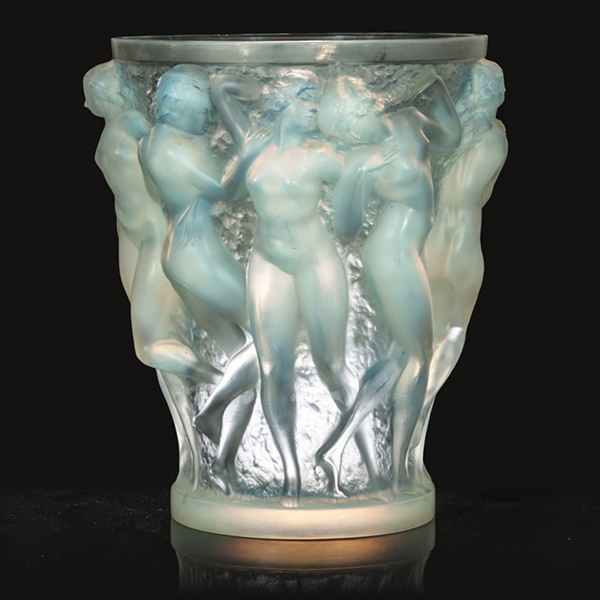 In the late 19th century, leading British producers such as Thomas Webb and Stevens and Williams were producing exquisite cameo glass items, alongside suites of tableware and cut crystal. Much the same as their ceramic industry contemporaries, the large glass firms employed some of the World’s leading designers to work for their studios. Master craftsmen, such as Joshua Hodgetts, could wheel-carve the finest cameo glass to fit the taste of the day. Designers such as Dr Christopher Dresser produced designs for factories working elsewhere in the British Isles, such as the ‘Clutha’ range for James Couper & Son of Glasgow. Monart glasswares of the 1930s drew inspiration from French Art Glass producers of the time. All are now well sought after at auction.

British mass-scale glass production underwent a bit of a resurgence in the mid-20th century. Today collectors are particularly interested in pieces of Whitefriars glass at auction. The main studios of Whitefriars were headed by Geoffrey Baxter who joined the firm in 1954 and later introduced a series known as Textured Glass that would become iconic. Not only were the shapes innovative and open to novel names – such as the Drunken Bricklayer, Banjo, or even Calculator shapes – but the colour schemes were just as impacting. Kingfisher Blue, Tangerine, Aubergine, Forest Green, to name a few, are now instantly associated with this one firm and this period of the late 1960s/ early 1970s. Whitefriars at auction remains a very active area of collecting. 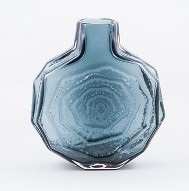 The small islands of Murano just off the coast of Venice, Italy, have certainly left their mark on the world of glass. The furnaces have been burning there for centuries and the 20th century has certainly been no different. It has become almost a spiritual home for glassworkers the world over to pay pilgrimage to and to learn the techniques and skills required to be a master glassworker. There is a particular demand for items of Murano glass from the 1920s to the present day, depending on the artist behind them. The artist, studio, and age are the key factors in determining auction value for any Murano glass item. For example, you may have a vase after a design by one of the great designers such as Archimede Seguso, but unless it is by his factory correctly signed (or labelled) its value can be a fraction of an “original”. Names such as Paolo Venini, Carlo Scarpa, Dino Martens, and Barovier & Toso have been responsible for some of the most iconic pieces. In Italian art glass, you frequently see techniques employed such as Sommerso glass – where different coloured layers are fused without mixing – and more traditional techniques such as millefiori incorporated with a modern twist, such as the quirky Pulcino glass birds by Allesandro Pianon. The Italian Art Glass auction market is expansive, but one thing is for certain, you can certainly discover some striking works of art.

Scandinavia is another hotspot for glass production, with Sweden, in particular, being well known for its innovative and inspiring productions. Mid-century glassware from Scandinavia is now highly prized at auction, with certain designs and examples reaching “iconic” status. But early 20th-century production paved the way for many avant-garde mid-century designers, and so examples from throughout the 20th century are equally desirable. As with most other countries, the market for Scandinavian art glass can be looked at in terms of the larger factories, and then the works of individual designers working for them. The two main powerhouses from Sweden are Kosta (or Kosta Boda) and Orrefors. The Danish factory of Holmgaard and the Finnish factory Iittala also employed key designers. Most Scandinavian glass designers were also designers across other mediums, such as ceramics, or furniture design. Some of the key designer names you may come across are Vicke Lindstrand, Evard Hald, Tapio Wirkkala, and Timo Sarpaneva. It is an area of collecting that can be very accessible by way of affordability, whilst also generating huge sums of money for the most impressive pieces.

The production of decorative glass on a large scale dominates most established areas of collecting glass. However, throughout the 20th century, there has been an increasing trend towards individual or studio glass production. Glass artists learn the skills and techniques by apprenticeships and residencies at major centres – such as Murano – and then apply their hand to smaller-scale production either by their own or in a small workshop studio. Artists have embraced glass and its qualities and explored new techniques of working to produce highly contemporary works of art. Some artists have become world-renowned for installation sized commissions, such as Dale Chihuly. Others have established a strong following among collectors on a more local scale, such as John Ditchfield with his studio Glasform. Iridescent glass gifts from his workshop, such as lily pad paperweights are highly sought after when they appear at auction and prove very popular. Whether you are looking for an affordable piece as a gift or looking to make more of an investment, studio art glass at auction can be very diverse and rewarding.

If you have an item of glass that you would like valued for auction it couldn’t be easier. You can submit an enquiry via our Valuations Form where you can upload images and details of your items.

From these images, our Specialist will be able to give an initial guide into likely auction value. You can share multiple files by emailing our Specialist directly, or alternatively book an appointment to see us in person.

Get a Valuation Now 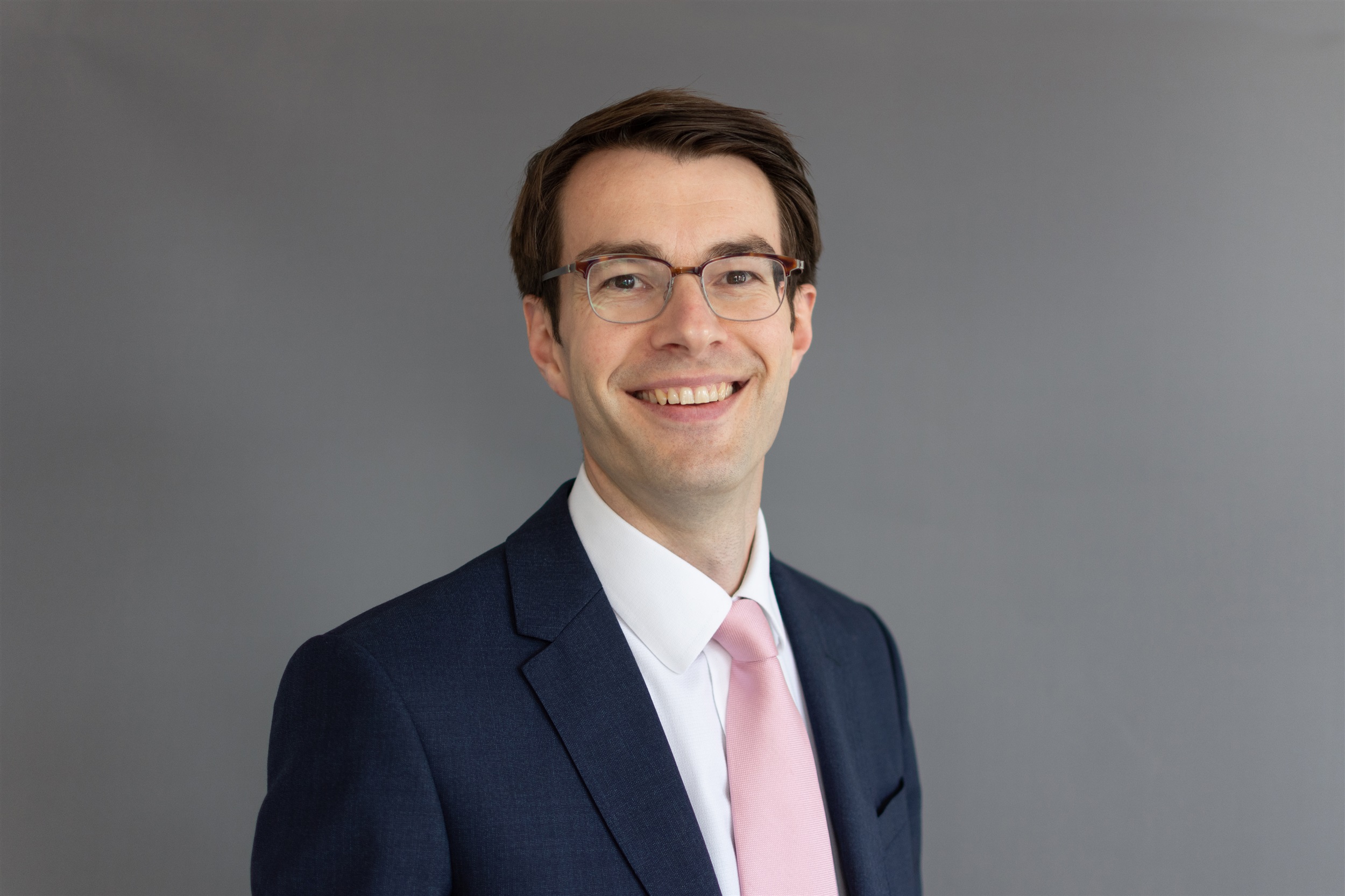