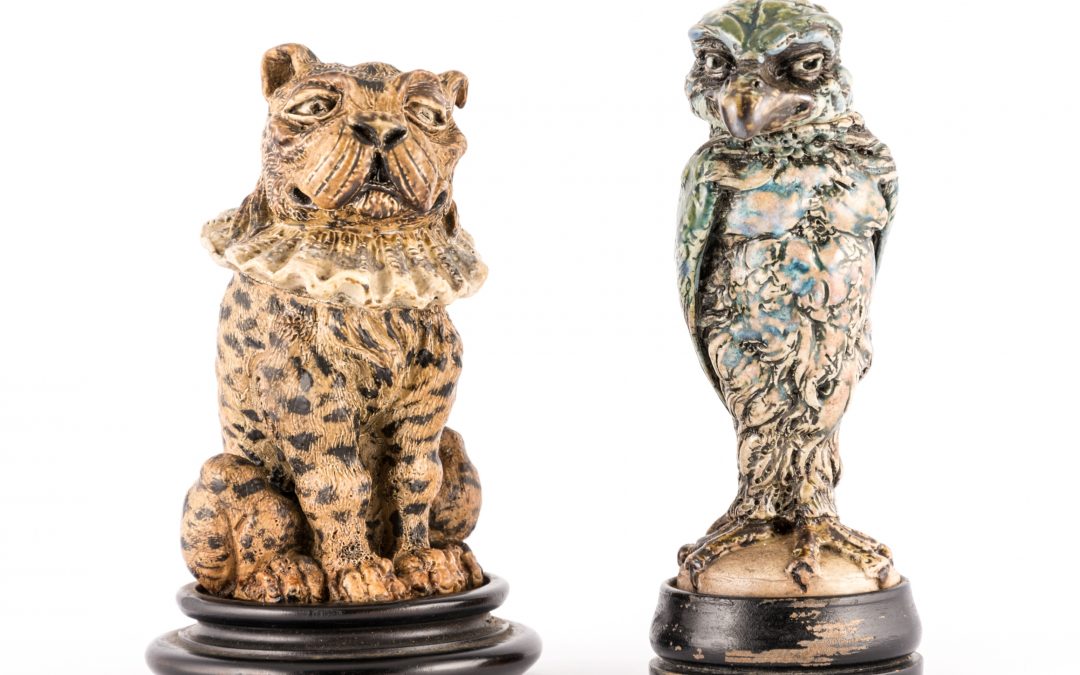 Our auction of 20th Century Decorative Arts on 7th November encompassed the great artistic and design-led movements of the 20th century to present day. These auctions are always an eclectic offering from Art Deco glass, to post-war British sculpture, to 21st century pots, but the headlines here were held for a prestigious few. Names that are held as high in the commercial market as they are in academic circles studying the impact and influence of the Arts and Crafts movement. When examples of these works appear at auction they always create a stir of excitement, so scarcely do buyers have the opportunity to own a piece by one of “The Masters”. The holy trinity to the art collector in each of these cases – Quality, Condition, and Provenance – lived up to expectation, and when all these factors combine, it results in a good old fashioned showdown come sale day. Here are the headlines:

The very essence of the Arts and Crafts movement is borne on the workshop floor. A rebellion against the Victorian machines, the appreciation and quality of works that can only be made by the craftsman’s hand was heralded and held at the Movement’s core. Amongst cabinet makers of the early 20th century, few workshops are regarded as highly as those of Ernest Gimson and his chief cabinetmaker, Peter Waals. Gimson is largely accredited as the artistic genius, but his successes would be nothing without Waals, who as a skilled Dutch cabinet maker first started working with Gimson in 1901. After Gimson’s death in 1919, Waals continued the Daneway workshops and set up his own workshops in Chalford in 1920, executing Gimson designs to the same standard. It was here that Lot 145 from our auction would have started life, when it was acquired by Paul S Cadbury in 1924.

The Cadbury family need little introduction, being the founders of one of Britain’s most famous brands of confection. Paul Cadbury’s uncle, William Adlington Cadbury, is well documented as being one of the workshops three main clients, furnishing his King’s Norton home with pieces and even gifting items to family members for special occasions, such as weddings. Little wonder that Paul Cadbury should be familiar with the craftsmanship then, and although he is not noted as having acquired many more pieces (if any), he is listed as one of the original subscribers to the limited publication “Ernest Gimson, His Life and Work”, published in 1924.

Offered with us from one of Paul Cadbury’s children, it has been a much cherished and well looked after item of household furniture. Quality, condition, and provenance, all generated international interest competing to a final hammer price of £15,000 against pre-sale expectation of £8,000-£12,000.

If you combine four brothers, one pottery business, and a lot of late Victorian quirkiness and humour, you end up with some very surprising results! Robert Wallace Martin and his Brothers are renowned the world over for producing some of the finest Victorian art pottery pots, grotesques, and models. Known to some as “Wally Birds”, their bird jars and covers are perhaps their most recognisable products. Every one hand modelled and glazed, each with their own distinctive character, some even satires of prominent members of late Victorian society, people either can’t see their beauty, or they fall deeply under their charm. Two examples of their work emerged from a shoebox one Friday afternoon, to see the light of the 21st century. A novelty dog and a more “traditional” bird jar and cover appeared fresh-to-market examples, both in good condition, ruffled a few feathers with bidding reaching £8,500 for the pooch, and £13,000 for the bird. Not a bad result, given the size of this bird is comparatively small to some of their other examples.

Another area of highly skilled craftsmen and designers from the Movement came from the metal workshops, drawing on Britain’s great heritage of metalwork. One of the most revered workshops and names in this field is that of Charles Robert Ashbee and the Guild of Handicraft that he founded in 1888 in East London before moving to Chipping Camden in 1902. Although we could find no concrete evidence to support lot 150 being from these workshops, this impressive silver plated tureen and cover certainly bore more than one of their trademarks. It may still not be possible to say for certain if the Guild of Handicraft were behind this item, but never-the-less, the collectors and admirers of Arts and Crafts metalware came out to fight for it, taking it to a hammer price of £1,700.