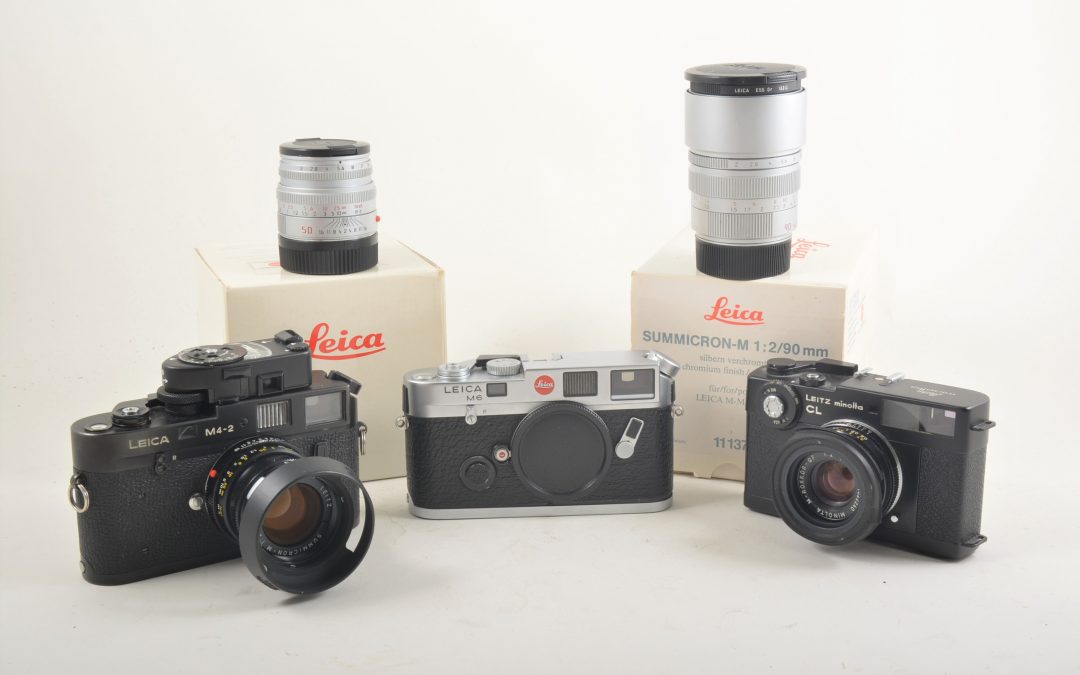 Today’s Antique and Collectors auction certainly lived up to its name, with various groups of avid collectors descending on the Saleroom to acquire items from a number of very varied collections. The three areas of collecting that really brought the room to life were Leica cameras, early coinage, and a broad selection of vinyl records. Lets take a look at some of the highlights:

As highlighted in our Auction preview, the enthusiasm for Leica cameras is strong, with interest coming in from around the world, as well as UK based buyers. Twelve lots of cameras, lenses, and associated equipment and accessories were offered today, principally from one local collector. Three Leica bodies were on offer: the M4-2 model, with Summicron 50mm lens, realised £900; the Leitz Minolta took £320; and the M6 Titanium made £850. Lenses were in equal demand with a Summicron-M 1:2/35mm ASPH lens making £1,100 as the top lot in the section. Altogether the twelve lots realised a sum of £5,508.

Lot 243 to Lot 265 was a single collection of coinage, medallions and tokens, ranging from antiquarian Roman and Greek through to Victorian. There was fierce bidding throughout the section from room bidders, absentee bidders, and live internet bidders. A selection of copper coins from William III to George IV realised £500; hammered coins from Elizabeth I’s reign to Charles I realised £600; and the tale of two crowns is a good illustration of the demand in the market. A Victorian Crown, 1887, realised just £28 but of course is far more common than a Crown from George II’s reign, dated 1741. A crisp example offered here made £1,300, which was the top selling lot in this section. The grand total came to £7,318.

The Vinyl Revival is certainly still in full swing, although perhaps we should say full-blown rock mode. A lot of 50+ swing and ballroom genre records realised just £10 – not much of a revival you may say. Jump forward a few decades to the 60s and 70s including the greats – Fleetwood Mac, Pink Floyd, Led Zepplin, and of course The Beatles, realised £300. Rock on!

Other notable highlights throughout the sale came in the form of a Longwy Pottery bowl in Chinese style metal mounts realising £600; late 20th century collectables in the form of Halcyon Days enamel boxes (of which there were a number of lots) realised a total of just shy of £2,000; a silver cocktail shaker made a respectable £750, which is certainly worth a toast later on; an oil on board of topographical interest realised £2,600; in the furniture section, which was buoyant throughout, the stand out was a three-piece carved hardwood and inlaid Chinese suite, taking £2,200.