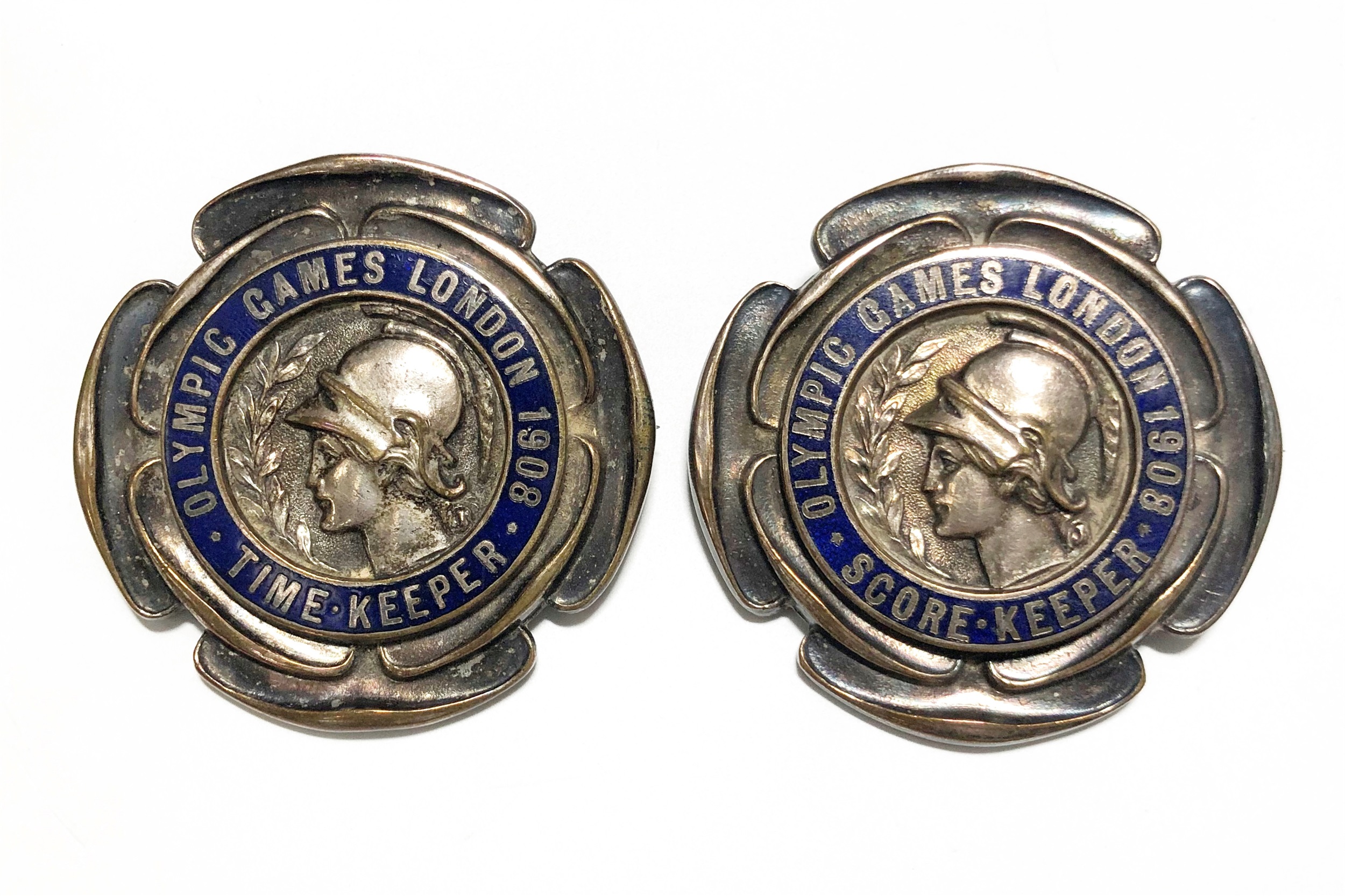 Keeping time and score at the London 1908 Olympic Games

A rare pair of badges issued to score- and time-keepers at the London 1908 Olympic Games have surfaced for our next Fine Art & Antique auction on 3rd September. The London 1908 Summer Olympic Games was only the fourth in the modern Olympiad era, making it of particular importance to collectors and enthusiasts today. Cast in bronze and with a silvered finish, the central profile portrait of the Greek goddess Athena with laurel sprig is encircled by a navy blue enamel band. The badges were made by Vaughtons of Birmingham and scarcely do they exist together.

Fortunately these two examples have been kept by the family of the original recipient, Dave Lucas, and their condition is very good. Mr Lucas went on to become a prominent member of the Kettering swimming community during the early 20th century, and he went on to be a regular swimming attendant and instructor at the Kettering Baths. But his involvement in the London Summer Olympic Games are noted as a Lap Scorer for the 100km cycling event (second heat) held on July 16th; and again for the Final held on July 18th – the event won by Charles Bartlett of Great Britain. He was then a Time Keeper on July 21st and 22nd for the Athletics events held at the White City Stadium, likely the 200m heats and semi-finals. All four semi-finalists won with a time of 22.6 seconds, with the final being won by Canadian sprinter Robert Kerr, also with a time of 22.6 seconds!

A similar Score-Keeper badge was successfully sold by Gildings in March 2015 for a hammer price of £1,500. This rare pair being offered in the Fine Art & Antique auction in early September comes with an auction guide of £2,000 - £3,000 - view lot details.