Due to the increase in demand for valuations with our Toy, Memorabilia and Model Railway specialist Andrew Smith, we're launching Memorabilia Mondays! A drop-in valuation service for people with under 10 items within this category here at The Mill, or a chance to come and discuss with Andrew larger collections. No obligation, no charge.

The first Memorabilia Monday valuation day took place on May 20th and due to its success was swiftly followed by another event on June 3rd. Items consigned at these events will be sold at Gildings’ next Toys, Memorabilia & Model Railways auction on June 24th. 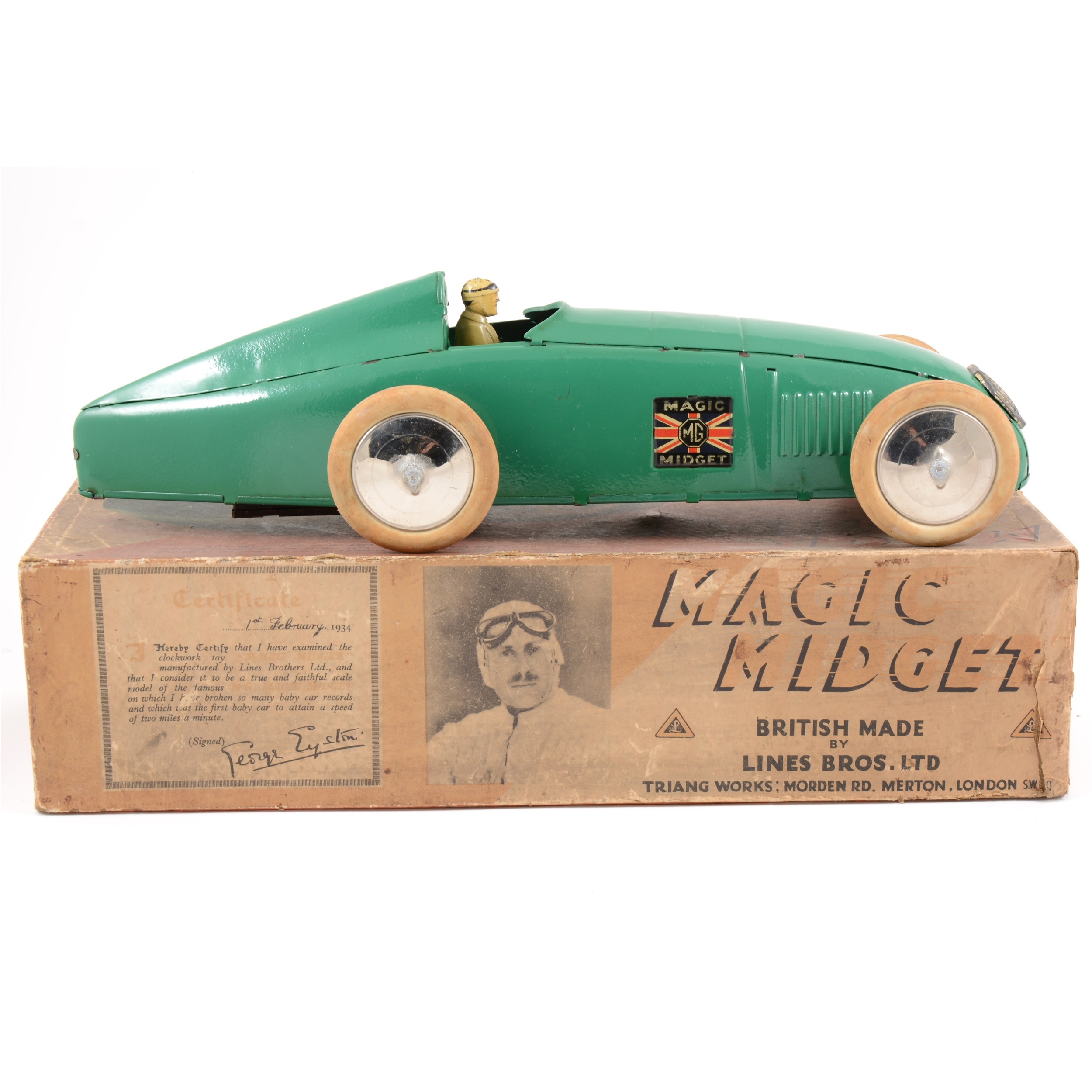 One standout item brought into the Memorabilia Monday valuation day is an early Triang Lines Brothers tinplate “Magic Midget” racing car, which dates from 1934 when it was issued to commemorate the then land-speed record set by George Eyston. It is in excellent original boxed condition and should realise between £800 - £1,200 at auction.

Andrew comments: "Our Memorabilia Monday valuation days are a great way to find out how much collectibles could raise at auction. Many sellers are surprised by how much items such as dolls, vinyl, posters, comics, die-cast toys and plastic collectible action figures can command.”

Hotly anticipated lots already entered into Gildings forthcoming Toys, Memorabilia & Model Railways sale include a large consignment of boxed Corgi and Dinky die-cast toys, a collection of lead soldiers and animals from manufacturers such as Britains and a rare first pressing of the Beatles 'Please Please Me' album, which is being sold on behalf of local charity, the Vine Community Trust after being found in a barn by Gildings director Mark Gilding on the premises of Marlow House community day centre in Northamptonshire. This item is complemented by more sought-after vinyl including a collection of 80s prog rock and first pressings of Jimi Hendrix and The Who records, all brought in to Gildings on Memorabilia Monday.

No appointment is needed, for Memorabilia Mondays. There is also no valuation fee and no obligation to enter goods into an auction. Provisional guidance is also available via our online service. Once consigned for auction, lots reach a global audience of real-time bidders thanks to online bidding technology.

“Items in pristine condition and preferably boxed, will always fetch the highest prices,” adds Andrew. “However, if you are lucky enough to own an item coveted by serious collectors, a flawed example can still reach a high price. For example, the Beatles record in our next auction has a reserve price of between £400 and £600 despite being scratched.”

Gildings Memorabilia Monday valuation days are held monthly between 10am and 3pm. The next one is scheduled for July 15th and more information about future dates can be found here.