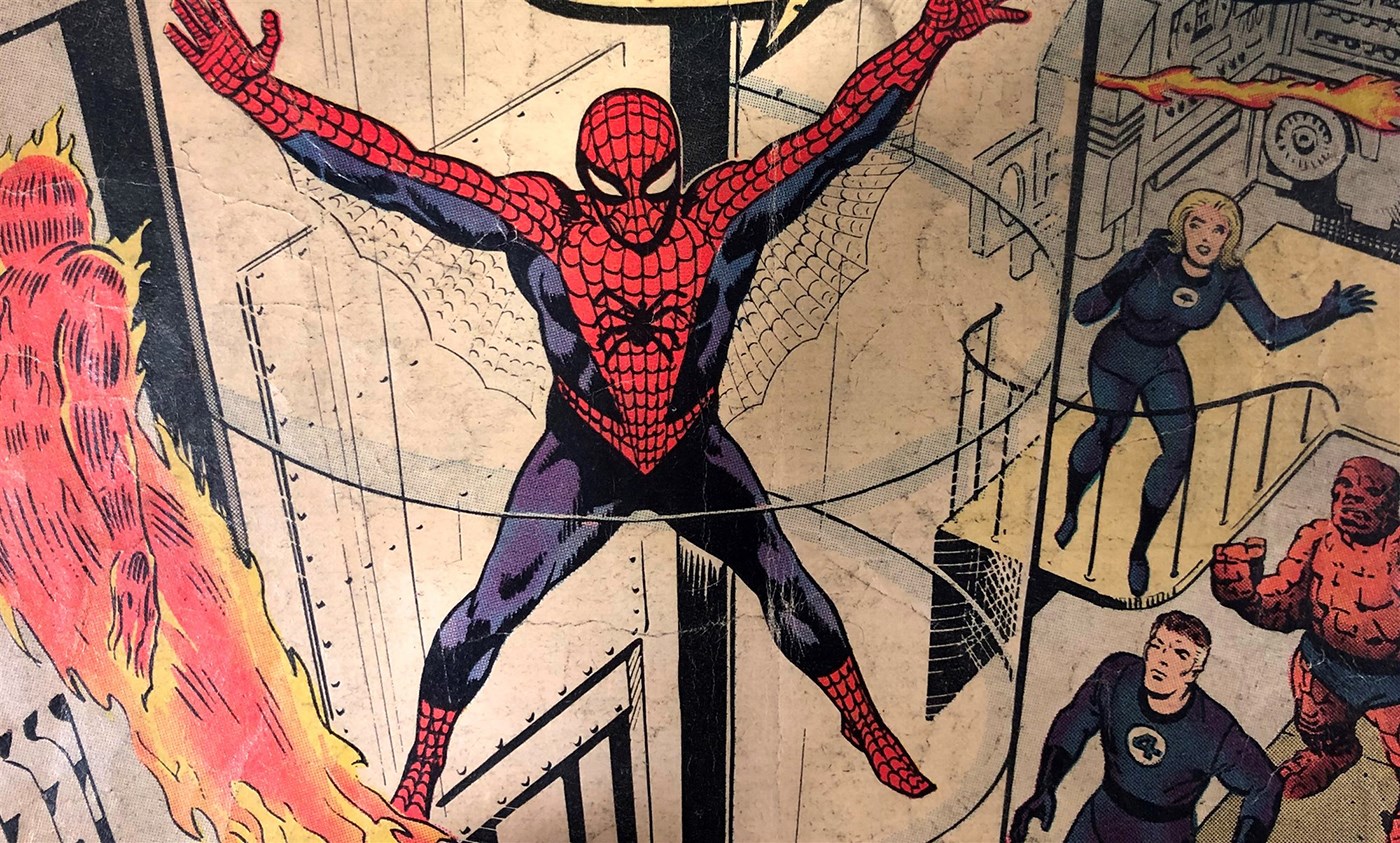 As the hordes of comic fans dispersed from the Birmingham Comic Con this weekend, some stopped by to get their hands on a rare classic in Market Harborough. A scarce copy of the first ever issue of The Amazing Spider-Man, published by Marvel in 1963, was offered at Gildings in the Toys, Trains, and Memorabilia auction on 26th November. Consigned as part of a larger collection of 1960s Marvel comics, it also gave buyers the opportunity the chance to buy the first appearances of some of Spider-Man’s greatest nemeses. The result? A good old fashioned fight of superhero proportions in the saleroom, and one very expensive piece of graphic cult history…
Peter Parker and his more familiar alias Spider-Man was the brain child of the late great Stan Lee, and illustrators Jack Kirby and Steve Ditko, who in the fiercely competitive world of early 1960s comic publishing was challenged to create a new character. The Marvel publishing house was demanding a new character to add to its growing list of superheroes, a genre that was seeing a revival having fallen out of favour during the War years. The Spidey superhero first appeared in a feature in the title Amazing Fantasy issue #15 in 1962, but as the editors state in issue one of his solo outing: “So great was your response via letters and postcards that it was decided to give him his own magazine”.

And so it was, the birth of The Amazing Spider-Man, to give him his official title, and from there the birth of a cult following that is as strong today as it was in the 1960s.

No one would have predicted the impact that Peter Parker would make in the world outside of the comic strip, let alone in the Marvel universe. A teenager with his own toils and tribulations, the teenagers of the Western world quickly associated with the character, and took him immediately to heart. Never before had a superhero been so accessible to its readers. That “normality” of his character was conveyed in his powers – his web juice was limited, rather than infinite. It was in direct opposition to rival publishers DC Comics, whose characters seemingly had indefinite powers. After nearly 65 years there have been countless renditions of Spider-Man and his back story, in print, the small screen, the big screen and for today’s youth in computer games. Spider-Man is as beloved now as he was when first seen – he’s still the superhero that teenagers (young and old!) associate most with. Little wonder that the early comic book market generates such hype.

This particular issue had been well handled since new. Read by two generations of the same family over 60 years, but no doubt read countless times individually, this was in far from “mint” condition. In a market where condition is such a defining factor, it is often difficult to judge its end value. Bids from the world over saw Spider-Man’s first solo appearance realise a hammer price of £2,000. But more was on offer for the collectors and fans. Numerous issues featured Spidey’s most infamous antagonists for the first time, giving individuals the chance to own the first copy and appearance of these villains:

Other iconic Marvel characters within the collection were The Fantastic Four, with issue #4 realising £210; The Avengers, issue #2 and #3, realising £200; and Blank Panther’s first appearance in The Fantastic Four, issue #52, realising £290. You do not need super powers to determine a trend here. The characters that are big money generators for the film studios today can command good money in their earliest format for the collectors market. The other comic powerhouses, DC Comics, wasn’t represented in this collection and so no argument from who won this battle in the Marvel vs. DC debate, but make no mistake, Batman and the like are just as popular. Perhaps the next collection will see the rise of the Dark Knight, or maybe The Man of Steel will triumph in the fight against evil. Either way, don’t miss the next instalment – register your interest with our Toy category here, or contact our specialist for an auction valuation for any Superhero memorabilia .