Members of Leicester’s Art and Culture community came together yesterday in aid of the Save The Hogarth campaign for the City of Leicester Museums Trust (COLMT). Faced with a target of £565K to secure before the end of February, the COLMT were generously donated a portrait of Britain’s most renowned 18th century artist by local contemporary artist Tim Fowler. The portrait was offered for public auction at Gildings Auctioneers in Market Harborough, having been on display in the New Walk Museum & Art Gallery, where it realised £650 for the campaign total.

Hogarth’s original work, The Wollaston Family, is one of his most ambitious early oil paintings. For the last 75 years it has been hung in the New Walk Museum galleries on loan, but is now faced with the prospect of been sold and potentially lost to the public collections. "The purchase price of Hogarth's original work is less than 20% of the painting’s current market value (£3m) and is being offered to the Nation for display at New Walk Museum & Art Gallery by the Wollaston Family for this special price in lieu of Inheritance”, explains Jim Roberts, Chair of the COLMT. “Even with some support from the Art Fund and other charitable trusts, we need the people to recognise the importance of this painting and the opportunity to purchase it for Leicester at a once in a lifetime price."

The sale of Fowler’s work is one of many fundraising events to support the wider Campaign. Local auctioneers and valuers Gildings of Market Harborough were proud to help offer Fowler’s work at public auction, waiving all fees so that every penny bid would go direct to the Campaign total. “The campaign to acquire The Wollaston Family by Hogarth for the City, and nation, is a tremendous cause and it would be a great loss to our city’s Collection should the Hogarth were to be sold to private hands”, Will Gilding, Director at Gildings. “Tim’s contribution of his distinctively vivid portrait of the great artist offered art enthusiasts the chance to acquire a great piece of contemporary art, and in doing so help save an 18th century masterpiece. The buyer, a local collector with a keen eye for contemporary work, is delighted.”

Pledges towards the Campaign have now ended.

For more information on the campaign visit www.leicester.gov.uk/hogarth . 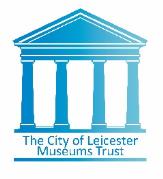